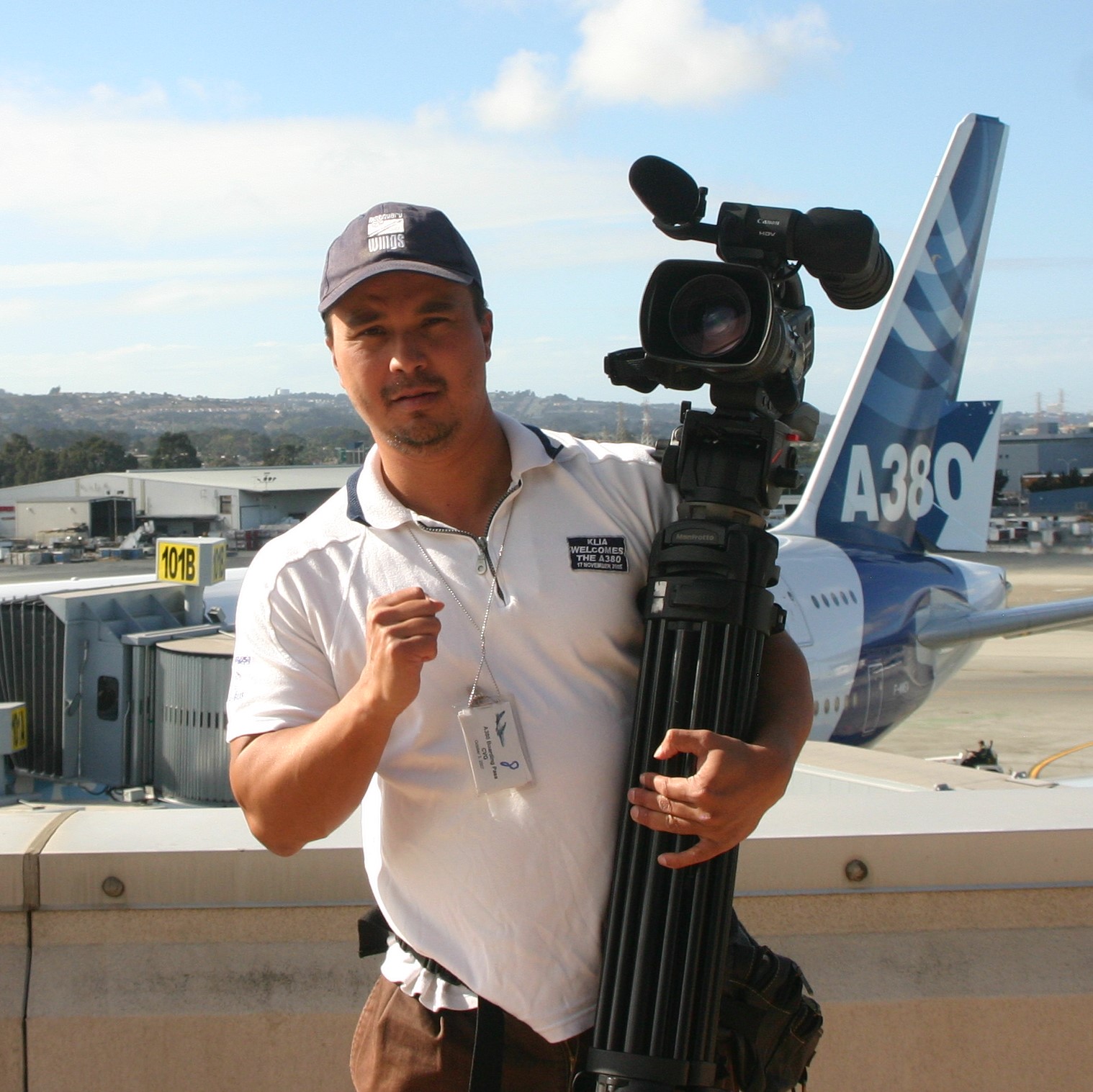 Delian Maxwell is a Producer, Director, and consultant, who produces documentaries and branding films focused on travel and aviation.

He is the Founder of Aviation Data Corporation (ADC / Airutopia), Airflix ™, and founder/launch partner for the global streaming networks Air & Space Lifestyle Network (ASLN.TV) and AIRUTOPIA Travel Lifestyle Network (AIRUTOPIA.TV). This trifecta of Networks envisions connecting the aviation and travel industries through its broadcasts while incorporating a leading content management system.

He has led teams to over 75 countries on 6 continents, interviewed numerous key business and historical figures such as Sir Richard Branson during its international launch of Virgin Galactic, Apollo 16 astronaut Charles Duke in the 50th anniversary of Apollo training in Iceland, to a World War II lady legend Connie Palacioz - a ‘Rosie the Riveter’, to numerous leaders of B2B CEOs and top management.

He and his teams have been entrusted in exclusive behind the scenes work involving on billions of dollars worth of commercial and military aircraft and projects throughout the world on 6 continents. He also directed for broadcast the world’s largest air/trade show every even year, Farnborough in London in 2010 and 2012.

His passion is in branding, and has done work with Top 10 Airline THAI Airways to Africa’s leading and biggest air carrier Ethiopian Airlines. His work specifically with Ethiopian has led him across Africa and involved him with branding their fleet and most recently producing the 75th Anniversary program. His work involving the 75th has appeared in Meskel Square’s giant stadium screens, one of the most famous landmarks in the Capital of Addis Ababa.

Delian’s contributing work has appeared on such networks as CNN, CNBC, CCTV Beijing, and Netflix. His programs are aired to millions on IFE (In-flight entertainment).

His programs have been sponsored by some of the world’s leading brands including Boeing, Bombardier, Pratt & Whitney Canada, and Coca-Cola.

An avid traveler, he loves Africa, where he lived for 7 years as a youth and continues to intimately be involved in through producing films for Ethiopian Airlines and tourism authorities across the continent.

Delian has also authored ‘A380: Superjumbo on World Tour’ in 2007 by X publishing, a visual depiction of the world’s largest commercial airliner’s world tour across 6 continents from the testing in the Arctic Circle to the deserts of the Middle East.

Personal: He is an avid traveler and has many favorite countries including Iceland, New Zealand, Scotland, Fiji, Tahiti, Chile, the Philippines as well as many in Africa. He is the son of a senior Diplomat. He also attended the Stony Brook School in New York and the American University in Washington DC.

Delian also owner of the The MAXWELL Archives, a large collection of historical films to exclusive home movies spanning over a century. Films include Pre-World War II China in the 1930s, the Buddha’s of Afghanistan, Dawson’s Field hijacking, to many exclusive private home and travel films from around the world.

He believes that collecting films helps in their preservation. And through investments by collecting, digitizing, categorizing, and placements onto a content management platform, it can be then seen by future generations.